We reported earlier that Farmville 2 is setting up to released a new feature called the Animal Wash this Tuesday and with it comes a set of tasks for players to complete. We gathered the information for these tasks and missions and you can find them here all 14 stages or parts. This maybe splitted on a week by week. You can now prepare for it  as the Animal Wash will be released this Tuesday (June 30) . 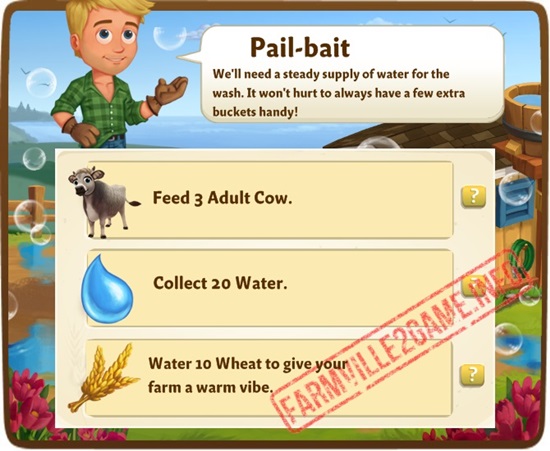 Quests 9: Farmville 2 Roll with the Punches

Quests 11: Farmville 2 Smelly Cow, What Are They Feeding You?