Farmville 2 has just released a new feature called the Park Gazebo where players can build it and receive a baby Canada Goose. Players has just started receiving this and slowly rolling out. There is a short quests attach to it and you may recall another feature like this that was released last year. 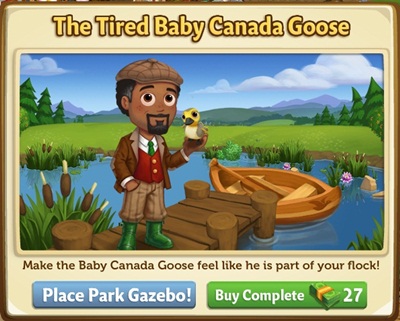 There will be a 3 tasks to complete: 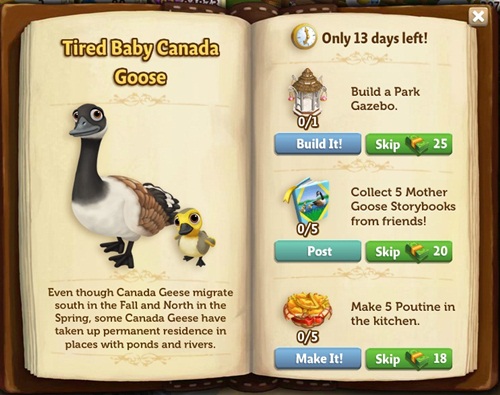 To build the Park Gazebo you will need 10 each of the following items: 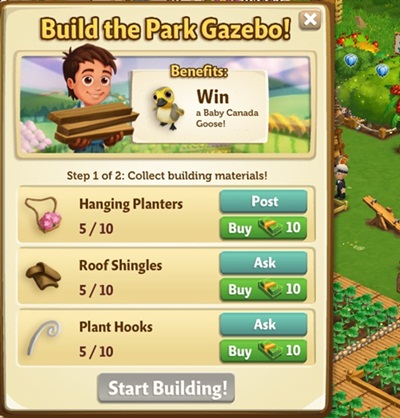 To make Poutine you will need the following materials: 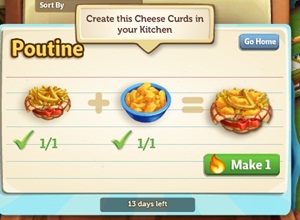 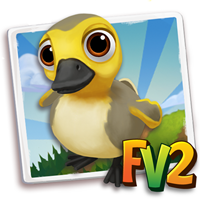 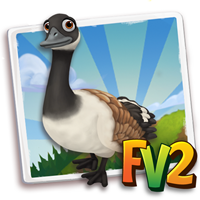