There’s currently a bug in the Farmville 2 game that everytime  players try to make a post, a URL not found error appears. This happens when a player tries to share a link, an unusual pop up message appears where a blank share on Facebook popup message appears instead of a pop up message with a picture of an item that we are sharing appears on it.

Apparently, the Farmville 2 team support are already on top of this and they assures that it will be corrected soon. They also suggested that there’s not need to submit or write a report regarding this concern.

Zynga support has already posted an announcement regarding this concern and they are already aware of the issue and looking on it. 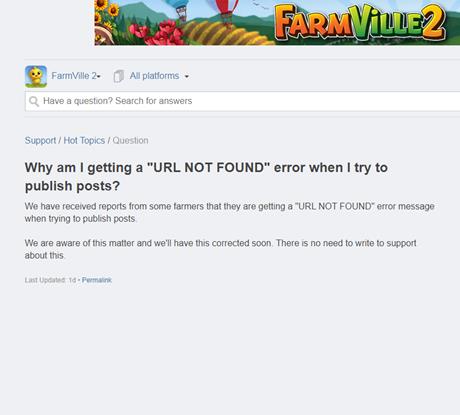 You may read the official announcement HERE.

You can also find other help topics about Farmville 2 HERE.