It looks like an exciting feature is coming our way in Farmville 2 this month. After introducing the leaderboards and order boards feature, we may have soon a Farmville 2 Co-op Farming feature. On this feature we can create a Co-op team to complete order board challenges and help with our team mate with their needs in theirr farm or join an existing co-op team.  Rewards also in store for those team who will be finishing the challenge. 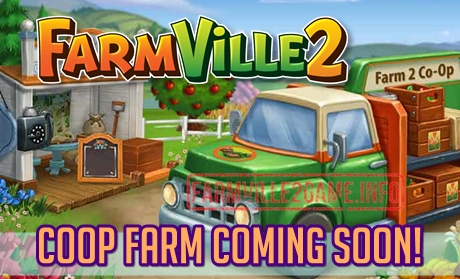 This will serve as your Farmville 2 Co-op Headquarters. It is unfinished yet and when you click on it…… 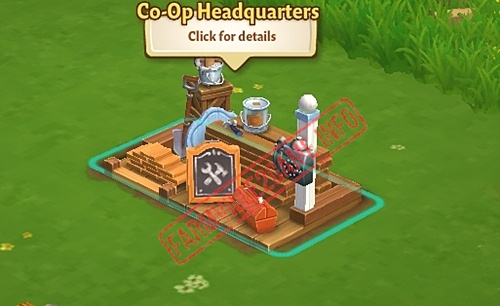 you will receive this message informing you about this feature. 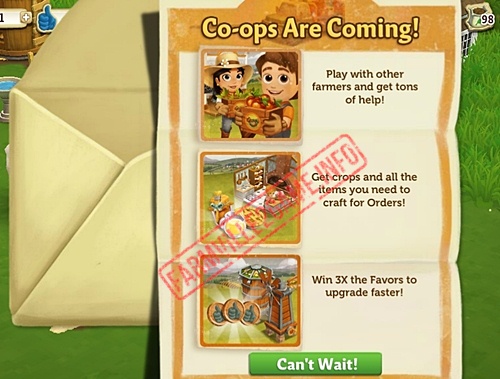 The letter will say:

Co-ops are Coming in Farmville 2 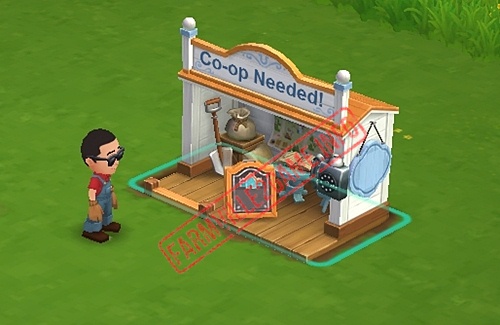 Click of the Co-op Headquaters and it will asked you…. Create a Co-op Team or Join an existing Team. 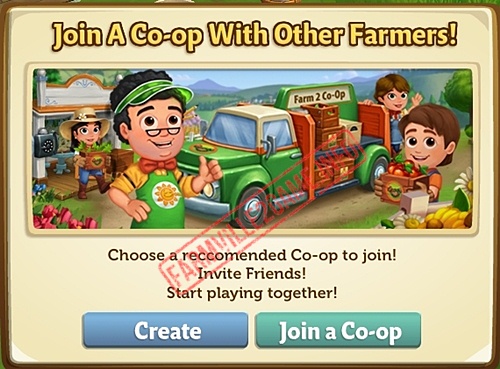 On this screen below, you can create your Co-op team. You can choose the name of your team, the Co-op Motto and you can choose if your friends can only join or it will be for anyone to join. 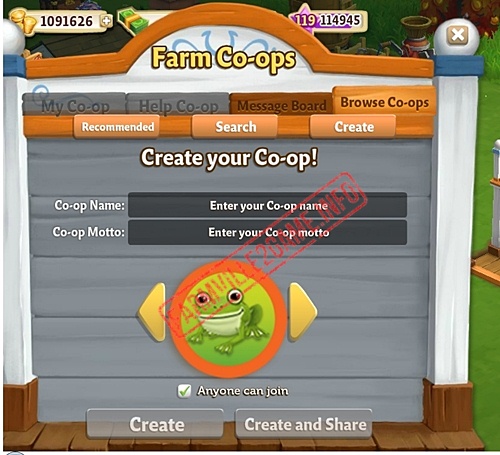 On this screen below, you can do search for an existing Co-op team and ask permission if you can join them. 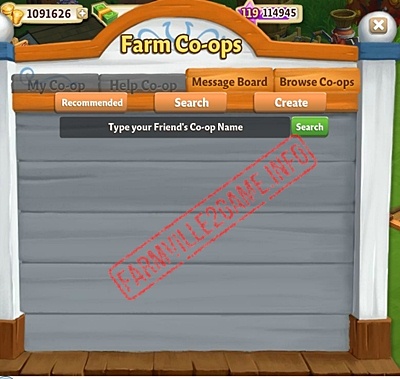 In this screen, the game can also recommend an existing co-op team that you can join. 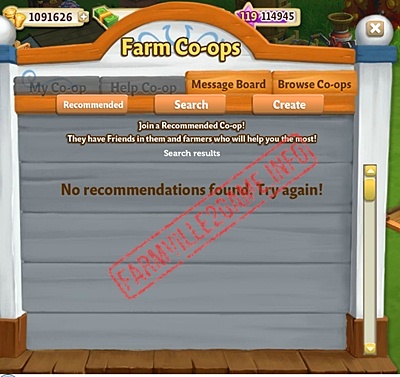 Your Co-op Team will go through several maps. (10 in total) 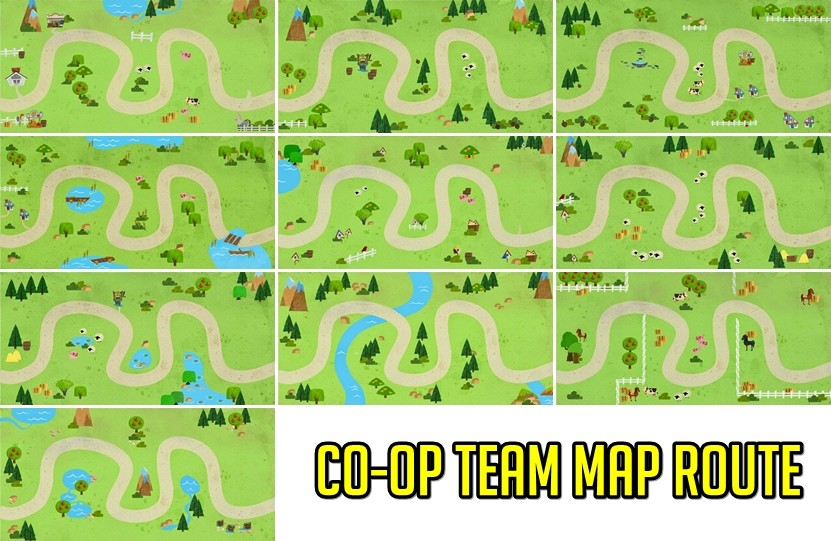 Each map slot will correspond to a this Town Theme. Most the time your Co-op team will make delivery to this towns. 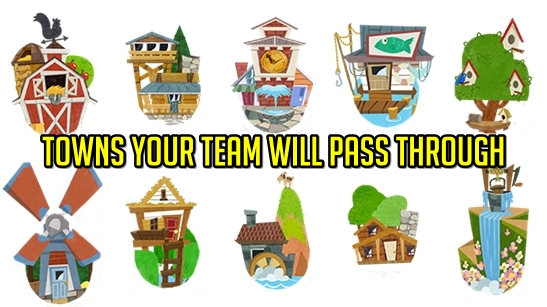 A total of 100 Town will be made available on this feature. They are as follows:

Your team may also receive one of the following, if you won the challenge:

That’s all for now as we anticipate this new feature Farmville 2 Co-op Farming to be released anytime soon.