Many of us players of Farmville 2 was surprised the appearance of yet again another pop up message informing about the Let it Snow feature. We first thought that this may be a bug considering that days ago when we experience the game of Farmville 2 is down. But as we found out, Zynga and Farmville 2 is re releasing this feature. They claimed that many players have been happy with this feature and requested if they may release it again. So here are the snow again in our Farmville 2 farm. There’s no quest so far associated with the snow yet. 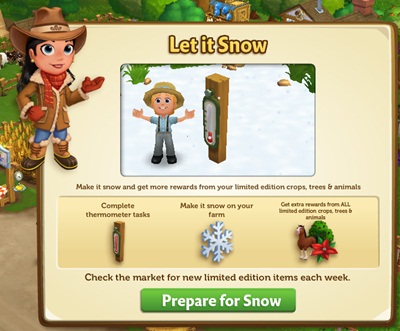 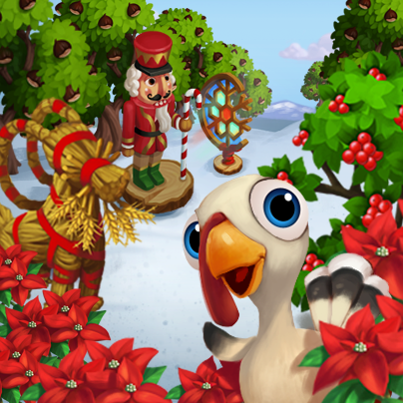